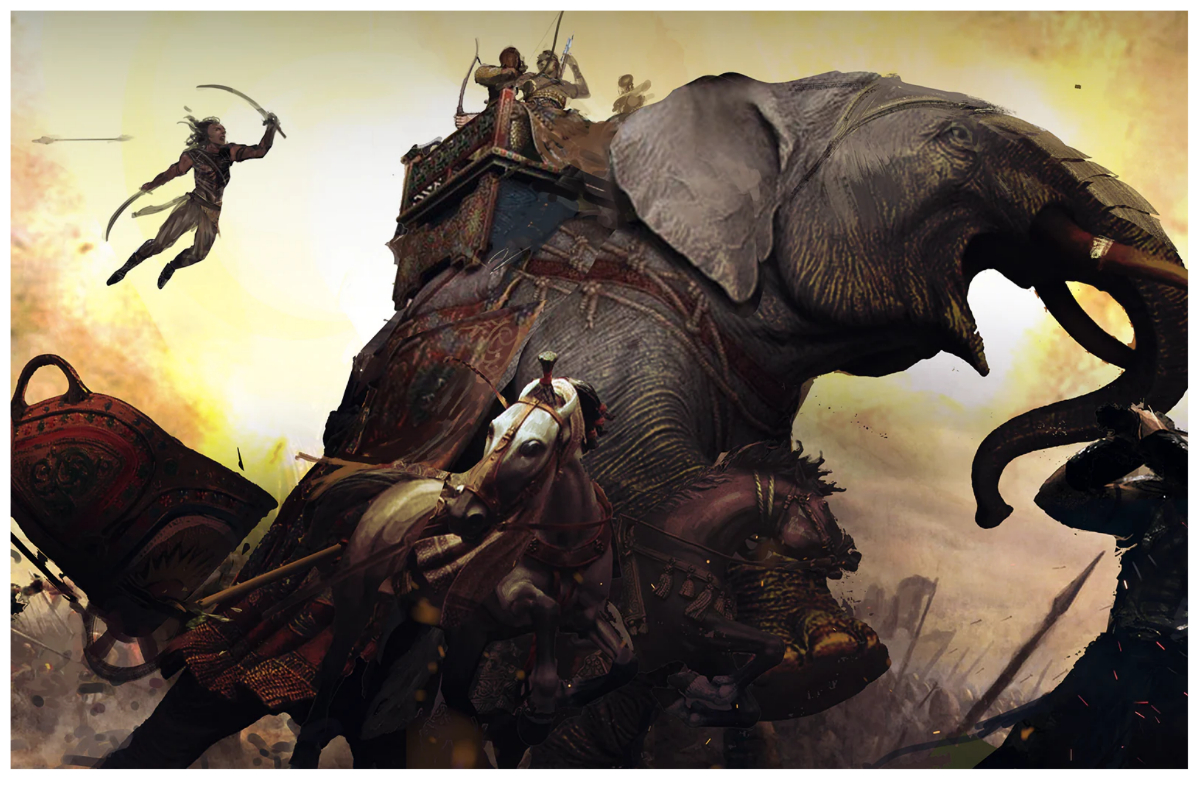 Mahabharata: The entertainment quotient in Bollywood is all set to get bigger and larger than life. Recently, Big Bang Media Ventures and New Horizons Alliance (NHA) have joined hands in a truly transformative venture. Manmohan Shetty, a prominent name in the media and entertainment industry is coming back after a long time to headline this new merger. This will retain the BBMVPL name and aims to become a dominant multi-hyphenate entertainment & learning ecosystem. Manmohan Shetty has founded and developed Adlabs Films Ltd, one of India’s largest media and entertainment firms. While he will be joining this merger as a chairman, it is expected that he would bring his knowledge and expertise for the visionary endeavour.

Big Bang Media Ventures Pvt Ltd is the Co-Promoter of Phantom Films & Mythoverse Studios, which rank amongst India’s leading & most admired content houses, and the founding investor of creator-led businesses like Collective Artists Network, BGBNG Music, Big Bang Social. BBMVPL through its different businesses has been the preferred curator for media tech platforms like Netflix, Instagram, YouTube, Spotify, Disney+ to name a few. On the motion picture front, along with the under-production Ramayan, India’s biggest feature film to date, BBMVPL’s first mega Mythoverse series, Mahabharata, was recently announced by Disney at the prestigious D23 Expo.

GHAJINI PRODUCER TO BE PART OF MYTHOVERSE SERIES

New Horizons Alliance Pvt Ltd is one of the country’s premier sports (AISTS INDIA) & esports (NASEF India) education companies. NHA is also developing an esports business across Asia & the Middle East with the International ESports Federation (IESF). With this merger, BBMVPL will be playing an important role that binds generations & geographies across their recreational & skilling needs. Madhu Mantena, shall continue with BBMVPL as the Founder & Chief Creative Officer and Ravneet Gill shall take over the reigns of BBMVPL as Managing Director and Chief Executive Officer. Madhu is a renowned Bollywood producer who gave popular films like Ghajini, Udta Punjab, Super 30, and many more. He is one of India’s most progressive & admired film producers and a pioneer in media entrepreneurship. A distinguished banker, Ravneet headed two of India’s largest banks during his eminent banking career and has been building NHA to fuel the future of the sports & esports businesses in India.

Commenting on the merger, Madhu said, “It is a matter of privilege for me and BBMVPL that my mentor, Mr. Manmohan Shetty, who needs no introduction in the world of media, shall head the Board as its Non-Executive Chairman. This merger enables BBMVPL to metamorphosize from an entertainment production company into a full-fledged content company over the next few years with equal focus on Entertainment, Education & Esports. I am most excited and looking forward to working under Ravneet’s leadership in helping steer BBMVPL towards the tall goals he has set for the company”.

Ravneet remarked, “As education becomes more audio visual & esports more integral to the creator economy, content curation becomes the game changer. Madhu is not only a creative genius but also a visionary & I believe this merger shall reorient the space we operate in and reinforce the market leadership position of our businesses”.

For more updates, check out this space at India.com.