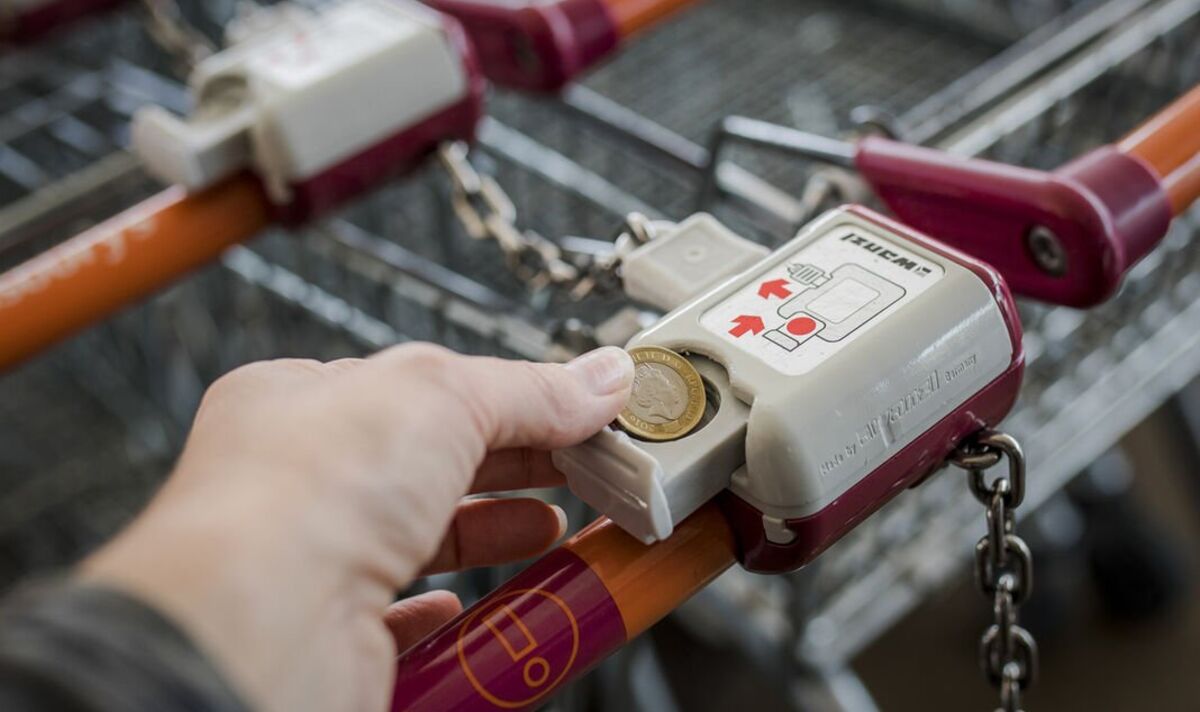 Food shopping used to be straightforward, but now there’s lots to think about before you’ve even stepped foot inside the supermarket; shopping list, reusable bags and trolley pound coin. One lady on TikTok however, has a hack for the latter – using two 20ps instead. Some said this trick didn’t work for all supermarket shopping trolleys but recommended using a key instead.

Taking to TikTok, Tasha shared a video of her using two 20ps instead of a £1 coin to unlock a trolley.

The video, which has surpassed 1.4 million views since being posted, was captioned: “When some lady shows you this at Tesco how am I only just learning this.”

Instead of slotting a pound coin into the slot, stack two 20p coins on top of one another and close it to release the chain and lock.

“Literally running to a supermarket to try this out!!!” Someone exclaimed.

Several said they already do this trick, but some argued it’s hard enough to find a £1 coin let alone two 20ps rattling around in their purse or car.

READ MORE: The top Christmas hampers to buy this year – including Fortum & Mason